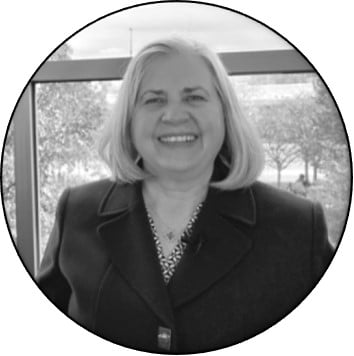 State Pastor and Director of Ministries

An ordained minister in the Church of God (Anderson, IN), the Rev. Dr. Esther Cottrell serves as the 9th State Pastor and Director of Ministries for the Church of God Ohio Ministries (COGO Ministries) and the first woman to hold this position. In this capacity, she and her powerful and diverse staff are committed to equipping and empowering the nearly 200 congregations and the more than 700 ministers of the Church of God in Ohio for the mission of Jesus. The focus for state ministry in Ohio is leadership development, church transformation, and church multiplication within the churches with the anticipated goal of making more and better disciples, leaders and churches.

Esther has had a varied and distinct array of ministry experiences includes partnering with her husband Chris to serve as Co-Pastors in Indiana, Illinois and Ohio; serving as State Associate Director in Ohio; working as a hospice chaplain; teaching at Anderson School of Theology and Wesley Seminary as adjunct faculty; and serving on numerous national Church of God boards. Currently Esther is the chair for the Church of God General Assembly and Ministries Council.

Esther is a proud alumnae of Anderson University, receiving her B.A. and 2 master’s degrees from the University and School of Theology. She also has earned a Doctor of Ministry degree from Talbot School of Theology, Biola University. The emphasis of her D.Min. study was “Growing and Multiplying Churches in North America.”

Esther and her husband Chris live in Delaware, OH. They love to travel with a goal of visiting all 50 states and 6 of the continents of the world. (She has been in 48 states and 5 continents. Esther, however, sees no need to go to Antarctica). They have two grown sons, Nathan and Aaron, one daughter-in-love, Katie, and two of the most beautiful grandsons in the world, Isaac and Alexander. 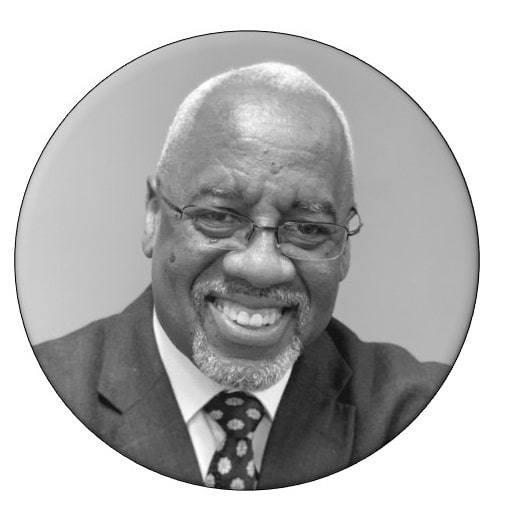 On December 19th, 1973 at the age of 15, Reverend Demetrius Booker received an invitation from a few of his high school friends to attend a midweek Church Service. The joy of the LORD and the fellowship of the Believers served as a changing point in his young life. It was during that service that he accepted Jesus as his personal Savior.

In a few months, the members and Pastor of the church recognized the call of God upon his life and at the age of 16, he preached his first sermon.

Rev. Booker has amassed a lot of accomplishments and wins for the Kingdom!

He graduated from Azusa Pacific University in California with degrees in Religion and Communication. He received a Master’s Degree from Southern California School of Ministry. Upon graduation from management school and certifications from Cornell Business School, Rev. Booker’s skills led him into management where he supervised multimillion-dollar business units which included The Kroger Co., PepsiCo’s Taco Bell Division, Wendy’s International, Churches Chicken and Burger King Restaurant. It was at Wendy’s that he won the Executive of the Year Award for his ability to improve not only the bottom line, but also his record setting operations which ranked highest among his peers and in the company.

It was on September 11, 2001 that Rev. Booker, then a bi-vocational Pastor and Corporate Executive, was planning for an upcoming business meeting when he watched on television the devastation of the World Trade. It was at that moment that he decided, “If people could be taught to hate and destroy, he must dedicate his life to teach people to love and build”! And with that, he walked away from Corporate America and pursued full-time ministry at part-time pay.

It was during these lean financial years, that God abundantly enriched both his family and congregation. During those lean years, his wife and three daughters all received their college degrees and he went on to attain certifications in Relationship and Missional Coaching. His wife (Doreen) retired from the University of Michigan Hospital Systems as a Business Analysis; all three of his daughters (Danyelle, Dana and Dominique) are public servants and work in the field of social work. Rev. Booker was Adjunct Professor at Southern California School of Ministry (Detroit Campus) where he taught Systematic Theology and New Testament Greek.

On the Local, state and national level Rev. Booker served as Vice President and Treasurer of the Metropolitan Area Ministerial Fellowship; Founder of the Cognizance (a non-profit charity organization whose mission is to feed and empower the poor); Church Health Minister for the Church of God In Michigan, SHAPE Implementation team (Anderson, IN) and in May 2016, he accepted the position of State Associate Pastor for Ohio Ministries where he consults over 200 Church of God congregations through the State of Ohio and is responsible for both leadership and congregational transformation.

It is no small wonder that Rev. Booker is listed among the Marquis 2022 Professional “Who’s Who”. A recognition for the totality of his life’s work. 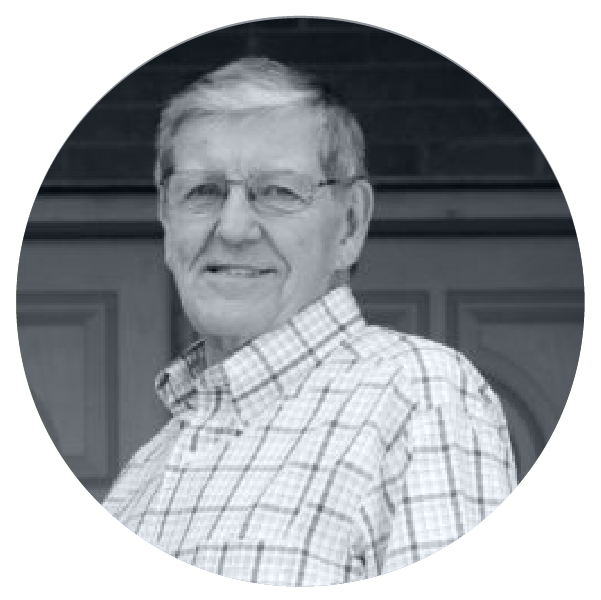 Vernon was ordained to Church of God ministry in 1962. He grew up in Scott Depot, West Virginia, and attended the Anderson School of Theology and Nova University. Throughout his ministerial career, he’s spent 36 years in Ohio, Indiana, Alabama and Florida and served as chairman of the state assembly in three of those states for two terms each. He dutifully served as the Director of Ohio Ministries from 1999 to 2006 and after retirement, served as the assistant to the General Director of the Church of God through 2013. Throughout his career, Vernon has held many impactful leadership positions across the country including two terms as Chairman of the General Assembly of the Church of God. In his free time, he enjoys his grandchildren and his Canadian cabin in the summertime. 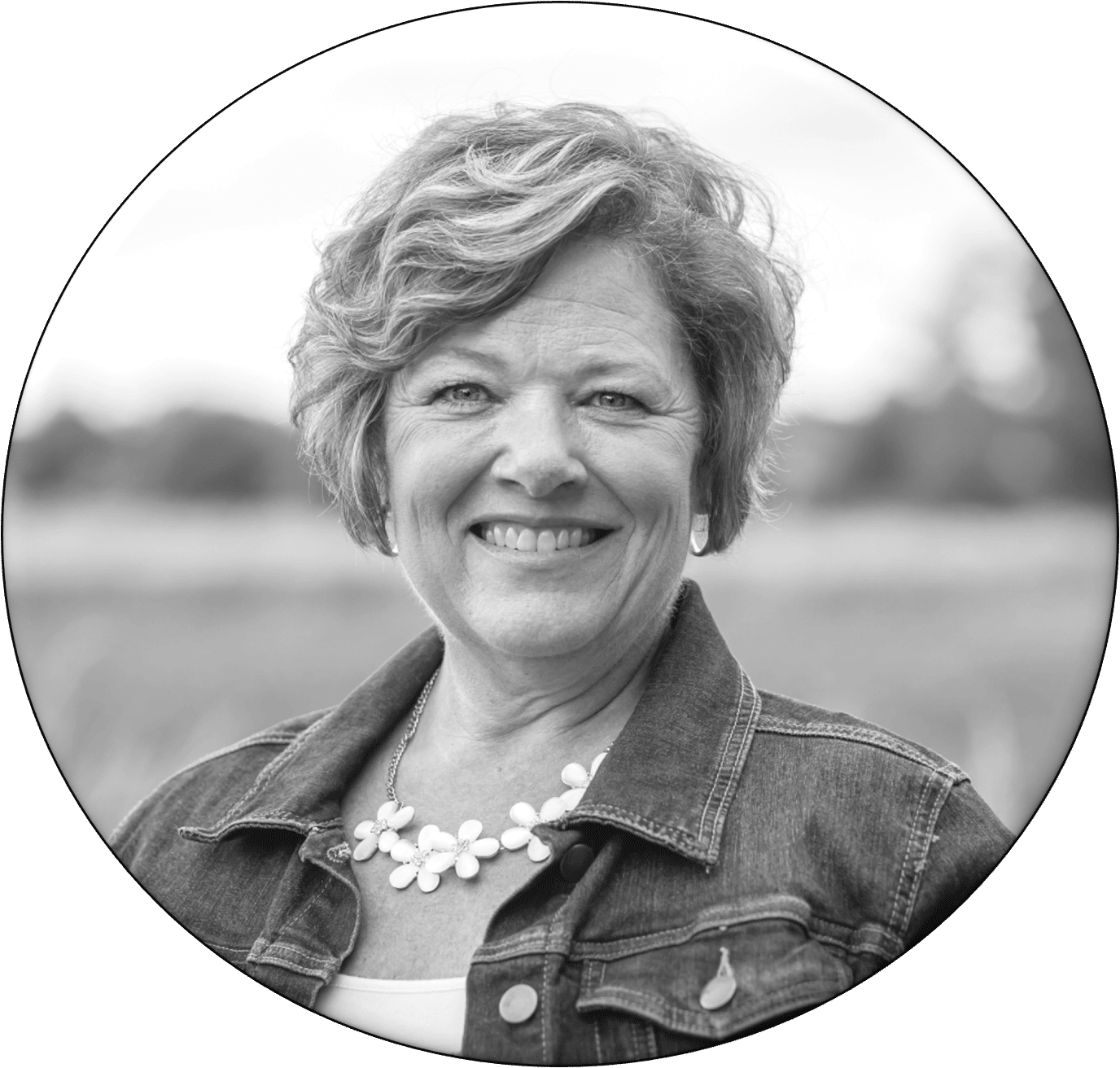 Nancy Blankenship is an ordained minister in the Church of God. She married her sweetheart, Jim, in 1985 and they reside in her hometown, Carlisle, OH. They have two grown children, Brandon and Courtney. Courtney is married to Wiley and they live in Tennessee. They have two daughters, AvaLeigh and Evelyn.

Nancy and Jim are avid boaters and love the fact that they get to share their love of the water with their family on the great waters of Tennessee.

Nancy has been in bi-vocational ministry for more than 20 years serving in worship ministries for the Church of God. She’s also employed as a bookkeeper and finance manager in the Middletown area. 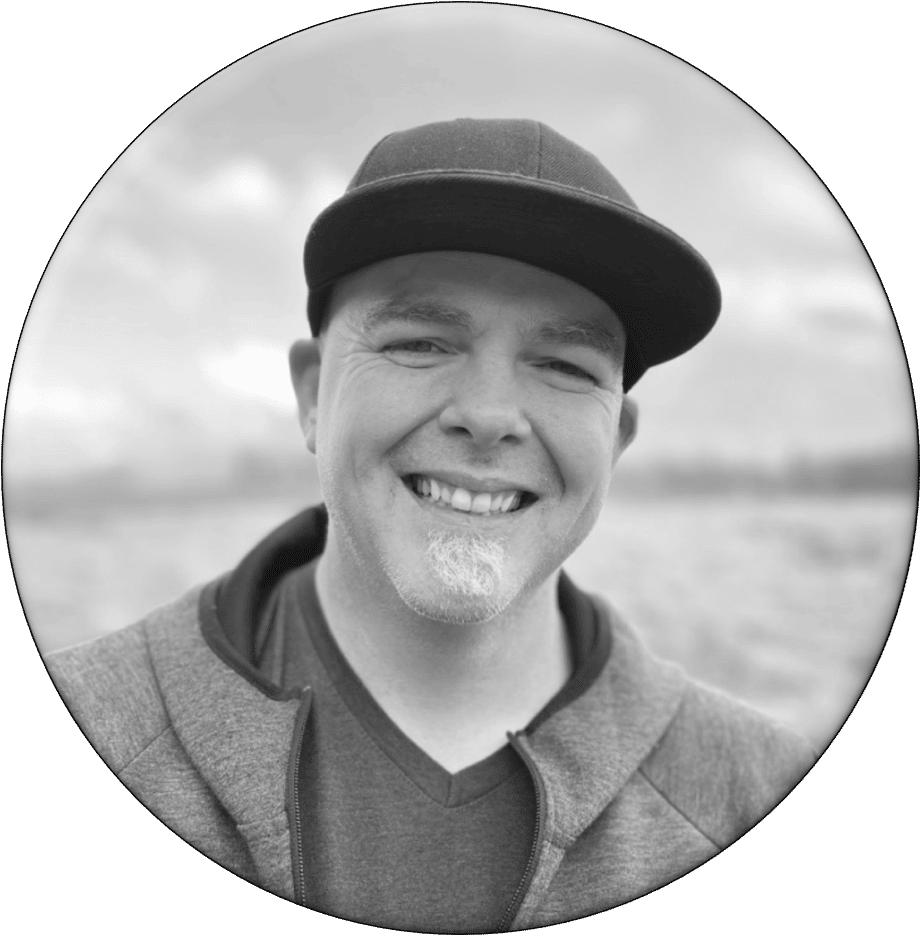 David is the executive pastor at Awake Church in Shelby, where he oversees the worship and production ministries as well as day-to-day operations for the church. For over twenty years, he has been serving as a worship leader and production director in modest congregations of 100 to a large church with over 3,000 in attendance. He has a life-long focus on bringing excellence to the Sunday service so families can encounter God without distraction. One of his gifts is the ability to troubleshoot tech problems and loves helping other congregations improve the quality of their in-person services and live streaming. David and Rita have been married since 1999 and have five children: Lydia, Matthew, Samuel, Levi, and Ethan. 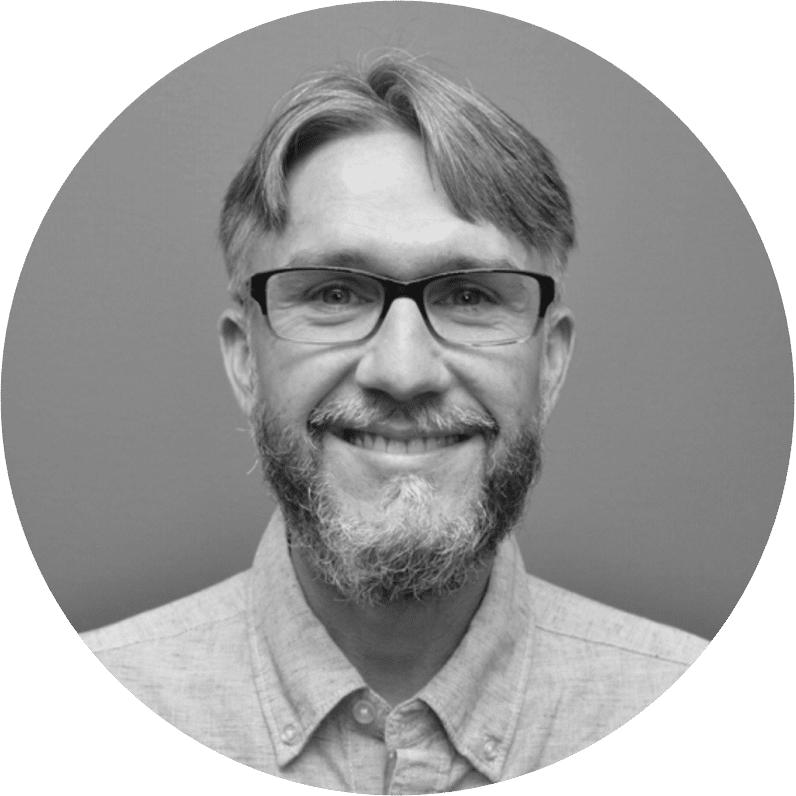 R.W. serves Student Ministry Leaders thru COGO Ministries. With more than 20 years of student ministry experience in the local church, R.W. has served in other capacities including the Church of God Ministries Youth Ministry Team and directed state youth conventions in Ohio and Texas. A strong believer in students, R.W. believes that this generation of students has the greatest opportunity to make an impact on the world for Jesus. R.W. is married to his wife and ministry partner, Joy. They have three kids – Caleb, Madeline, and Ella. In his spare time, R.W. loves to run and travel with family. He also will tell you he is an ice cream-a-holic. Step into R.W.’s office, and you will learn he is a huge fan of Star Wars. 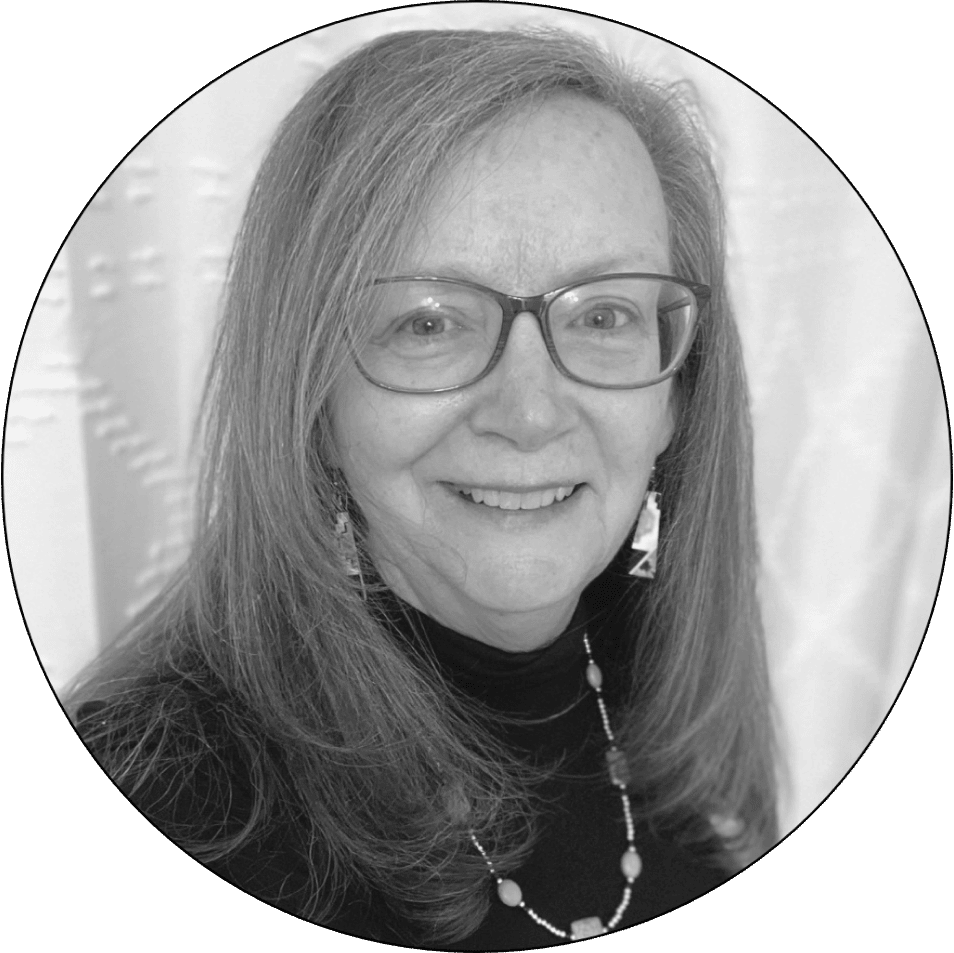 Kyna enjoys serving others and will help you in any way that she can. She grew up in Ohio and worked in a church office for more than 20 years. She and her husband, Andy, were married in 1978 and live on an 11 acre farm which includes three black Shetland sheep and a cat. Their two children are married and blessing them with grandchildren. Music is a big part of her family and includes singers, piano, drums, guitar and bass players. She and Andy enjoy camping and look forward to replacing their RV that was lost in their 2021 house fire. 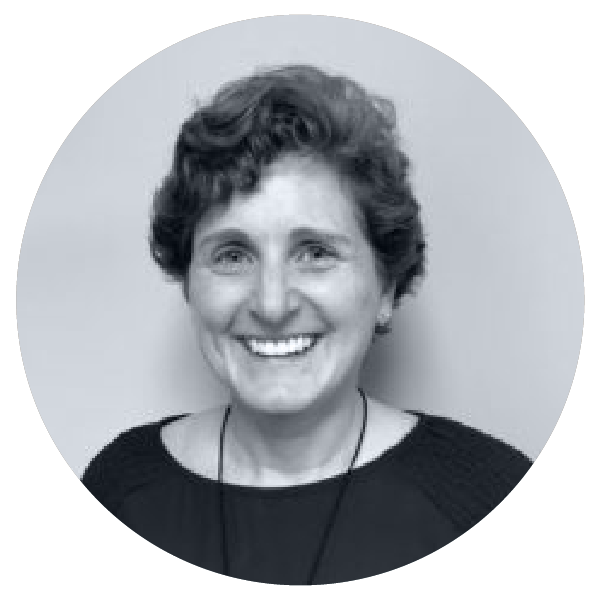 Kim has served alongside her husband in ministry for thirty years. In February 2019, she completed Leadership Focus to become an ordained minister in the Church of God (Anderson, IN).

Over the years, Kim has served on staff as an Administrative Assistant and Youth Director. She is currently the Pastor of Women and Children’s Ministries.

Kim has grown the children’s ministry from a few children and a couple of volunteers to a vibrant Children’s Ministry with more than 50 volunteers each month. She enjoys partnering with her husband to strategically plan; share vision; and minister within and without the walls of the church. Kim also enjoys serving through Mission Trips. She has served in Guatemala, Ecuador, and twice in Allen, South Dakota (Lakota Indians).